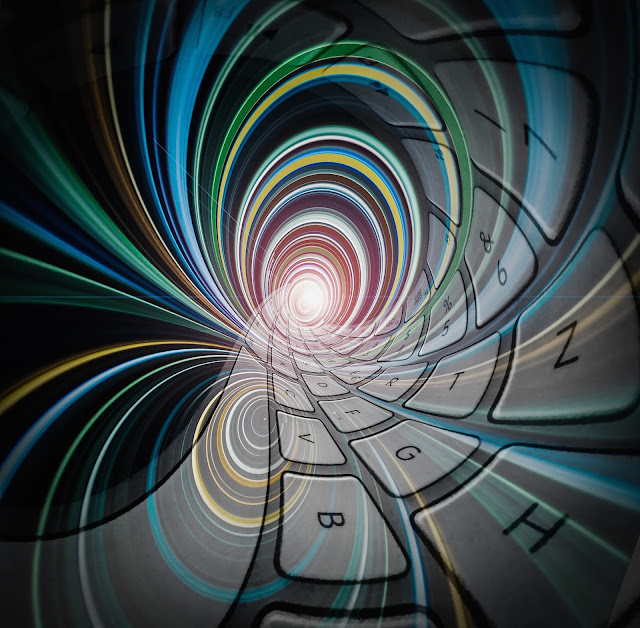 Entries accepted in English and Welsh.

Digital fiction is fiction that is written to be read/played on digital devices. Importantly, digital fictions are different to e-books. Rather than existing as a digital version of a print novel, digital fictions are what are known as “born digital” – that is, they would lose something of their form and/or meaning if they were removed from the digital medium.

For example, they may contain hyperlinks, moving images, mini-games or sound effects. In many digital fictions, the reader has a role in constructing the narrative, either by selecting hyperlinks or by controlling a character’s journey through the storyworld. Digital fictions therefore require that the reader interacts with the narrative throughout the reading experience. Hypertexts, text-adventure games, multimedia stories, interactive video, literary games, and some mobile apps are all examples of types of digital fiction.

There are no restrictions as to types of software you can use to produce digital fiction; everything from HTML, Adobe Flash, Inform7, Twine, YouTube, Twitter, and more have been used to make digital fictions. For the competition, please submit links or files that are openly accessible on any computer (Mac or PC), and that will run in a web browser.

Wonderbox Publishing is a new publishing endeavour that seeks to provide commercial space to digital fiction, and the Opening Up Digital Fiction Writing Competition is therefore designed to expand digital fiction readership to include a broader segment of the public. Therefore while the competition is open to all writers (rookies and veterans) and all types of digital fiction, we are seeking entries of works that are broadly accessible, both in terms of intended audience and device compatibility.

This competition is funded through a Bangor ESRC Impact Acceleration Award, in partnership with Wonderbox Publishing, Literature Wales, and Jisc Wales.

The prize categories are:

*Welsh language entries are eligible for all categories.

Winners will receive a cash prize (to be announced) and an option to publish with Wonderbox Publishing.

For ongoing details of the competition, please watch this space, and subscribe to updates! 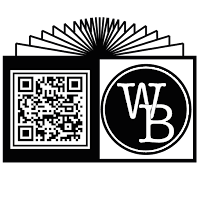 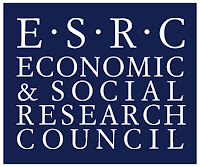 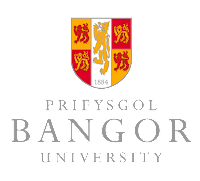 I know, the title doesn’t scream ‘thrilling-thing-you-want-to-do’ but bear with me for a second. Depression Quest is an interactive Twine game with collaborators Patrick Lindsey and Issac Schankler. You play as someone living with depression who is given everyday situations to navigate and choices as to what you can decide to do.

It is not a fun game.

It isn’t meant to be.

The purpose is to educate those who play so they have a better understanding of what living with depression entails, this can range from people struggling with the mental illness or those trying to support them. As you begin you are given snippets of information about your background such as your social circle and the fact you have a girlfriend called Alex.

The story is navigated via hyperlinks but additionally also has music which you are encouraged to listen to as you play. But you don’t miss anything if you do; I gather it’s there to provide some sort of ambience yet it’s rather just stereotypical sad piano.

Depending on which choice you take, others are struck through so you no longer have that option. You can see the most positive or logical option, you know it’s there, but you’ve chosen to ignore it or not pursue it for whatever reason. This element of the game in particular I found interesting, more evocative of real life frustration. You’ve made a choice. You can’t go back. You have to deal with what’s left.

However, a drawback for Depression Quest is that if you’ve dealt with or are dealing with depression you know how to get the ‘positive’ outcome. As with all games, you want to beat them, you want to achieve the best possible outcome and with this, it’s fairly simple to do. This part of the gameplay feels almost encouraging, that if you can manage it here there’s the possibility you can do it for yourself too.

Additionally, parts of the writing start to feel like it’s more of a personal account of their mental health, what choices they feel they had at that time so it can come across as very narrow in its scope, and slightly tedious.

Adversely you do get several chances to open up to the other characters, to change your progression if you’ve decided this isn’t quite the path you want. One thing that is beneficial is that the game provides something akin to stress relief. You can choose the most disastrous options but there is no fall out, no lasting damage, no broken friendships, etc. It’s all contained in cyberspace, waiting for the reset button.

In essence, it is an educational tool in a sea of thousands and there is no doubt that for some it has served its purpose. Depression Quest is a good attempt at trying to battle the stigma of mental illness through a more interactive, widely accessible platform and should be utilised more often.

Gone Home is a first person adventure exploration game, first made for PC but then later developed for consoles. You play the game as 21-year-old Katie Greenbriar who has just returned home from travelling abroad. But it isn’t the home she left; it’s unfamiliar and peculiar despite being filled with everything she has ever known and loved, apart from one thing. Her family.

You start the game standing in front of the house, the lights off and a note taped to the door. Nobody is home. Once inside it’s time to explore and discover where the family has gone. Within the house you can interact with every light switch, open every drawer and pick up every book. It is one of the most interactive ‘point and click’ games I have played and thus enjoyed.

During the gameplay you learn about Katie’s family: Sam Greenbriar (sister), Janice Greenbriar (mother), and Terrence Greenbriar (father). What the family home lacks in life, it makes up for in notes, diary entries and snippets of clues that elude to the reason behind the missing family. As the game moves on, the house’s sinister past is revealed. A storm batters the windows. The TV is stuck on static.

The true control however, is in your hands. As the player it’s your job to decide what is and what isn’t important in finding what’s happened to Katie’s family. Hints and narrative guide you towards the next point but ultimately you choose where to go, how long you want the journey to last and for how long you are willing to get lost in the mystery.

However, if you are someone who likes clear direction and a linear narrative then this probably isn’t the game for you. On more than one occasion I became frustrated, not knowing where to go or what to do. The confusion of which clues to follow and which to ignore coupled with the seemingly never ending sands of time, leads to a feeling of restlessness. At times, I felt overwhelmed by the sheer number of objects that I was able to interact with in the game, in some ways giving too much freedom. After a while, I listlessly threw some of the objects around the room before getting back on track with the narrative. The lure of the dark, brooding house brimming with secrets and bodiless voices is a failsafe way to draw you right back in.

What is so compelling about Gone Home is the way it pulls you slowly into the story. The narrative is fully immersive, created by handwritten notes, answer-phone messages and the unsettling sounds of an abandoned house. In addition, the storyline and characters have been well devised, from the sass of Sam to feeling sorry for Terrence all whilst turning corner after corner in the darkened house.

It’s messy, it’s complicated, and full of secrets. After all, what’s more intriguing than someone asking you not to go digging around for answers?

Gone Home is available for PC, Xbox One, and PlayStation 4.

80 Days is loosely based on Jules Verne’s Around the World in Eighty Days as it has us take the role of Passepartout escorting his master, Monsieur Phileas Fogg, around a very steampunky 1872. It plays out like an interactive novel come board game and is available on iOS, Android and Steam.

I have never read the original text from what this game is based upon, but that doesn’t take away from the charm of the piece. The game features a very stylised, silhouette graphic style, accompanied by a beautiful score and atmospheric sound effects to indulge you in this fantastical adventure.

The game, much like the premise of the book, is focussed on Fogg’s bet: an eighty-day journey to circle the globe. This bet, then, requires a strict itinerary, budget, managing your master’s health and the ability to manage one’s time. Whilst it is not the most complex of systems to understand, it can be unforgiving. On one occasion, I was forced to beg on the streets in South America due to mismanaging money and resulted in four days wasted which added to the ninety-eight-day journey.

All the style and management mechanics accompany a wide and varied narrative with a quality of writing akin to its visuals and sound design. No one playthrough is wholly the same as the last, for the number of branching paths (visualised as actual roads to different cities) is astounding. In one playthrough I found myself leading a mutiny on a ship and in the next rugby tackling Jesse James to the floor of a train after he stole £3000 from my person.

Meg Jaynath’s writing has you assume the role of Passepartout. He is front and centre of the narrative as the story is told through his memoir-like writings which make for a charming and witty read. During the text aspects of the game, you are often given the choice of two or three musings and Passepartout will then ‘write’ further.

Meg’s writing also allows you to play him how you see fit: a proud Frenchman devoted to the service of his master, a wary traveller who despises the company of Fogg – just to name two avenues of ‘playing’ your Passepartout. In turn, this adds to the replayability of the game by giving you different types of person to assume along with the different routes of travel.

Each trip around the world takes around two hours and not once was I left feeling that it was wasted time as I explored new and varied narrative paths. Trip after trip, the world seems to flesh itself out more. Different interactions with different individuals will add new details, conflicting ideologies or confirmation of what you previously understood about the 80 Days world. The game’s addictive nature for another adventure, and the way that it is written negate the need for extensive exposition dumps which 80 Days could have easily fallen into.

This addictive narrative and gameplay has led me on four journeys thus far, and I have yet to truly ‘complete’ this piece. In these four journeys, the closest I have come to winning the bet was eighty-two days. This frustration, and eagerness to ‘win’, drive me to start the thing all over again, resulting in another fresh experience.

This piece of digital fiction is the age-old idiom of “It’s the journey that matters and not the destination” personified. There is the possibility that you will never win the bet but the journey around the world and the stories that unfurl are the real prize. This is the strength of 80 Days and why I recommend it so highly.